Makeup Geek Foiled Eyeshadows are one of the most pigmented foiled metallic shadows out there and not exactly cheap but still moderately priced. When the eyeshadows are touched they feel creamy but still powdery. I have two foiled shadows Flame Thrower and Showtime and both of them are insanely pigmented but Showtime is not as metallic as Flame Thrower. I have a similar shade in Colourpop as Showtime which is Stereo. The only difference is it has a black base. In pics and swatches they may look different shades but once applied on the eyes they look identical just that Stereo has a black base and is more shimmery and glittery than Showtime.

As far as creasing and wear time is concerned it didn’t get into the fine lines of my eyelids and wore for a good 4 hours without fading. Would’ve stayed longer but I had to remove it.

The negative part I felt was it is so so so difficult to pack on. When you will see the swatches you can see it, I achieved it after some 6-7 layers :/ . I paired this look with my last years Sephora Gift NARS Cruella and I am so so so in love this color.

So you have any shade even close to Makeup Geek Stereo I’d say pass this one as it was very difficult to pack on plus it also lacks on that foiled effect.

UPDATE-I tried using this again and this time I packed on with my finger and blending was a lot better and easier. So I’d say use your fingers with the foiled range of Makeup Geek Shadows.

Products used in the second look

Hope you guys liked both the looks and the review too 🙂 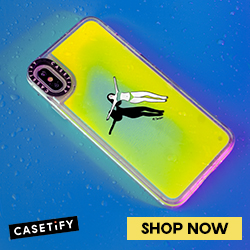